The time for social enterprise has come 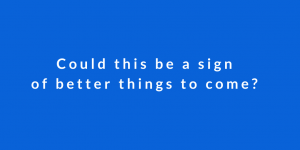 “Something’s got to be done about this”

“The time to act is now”

How often do we hear this rhetoric in mainstream media; usually said by people who have to appear like they a) know what they’re talking about, and b) are trying to convince others they actually care.

But, how often do the people who say this actually DO something?

This is what i’ve noticed with people using this talk with regard to social enterprise:

“The time is now” “We must make social enterprise mainstream”

If the time really is now, then what evidence is there that something’s being done, especially as independents and small businesses have been treated so badly through the lockdowns, losing their livelihoods and merely existing, whilst bigger businesses are able to stay open and access £ms in furlough and rate reliefs.

Well, if you’d have asked me 6 months ago, I’d have said there isn’t much to go at at all, however, is it possible we’re seeing a slight shift in the right direction?

As lockdown tightens its grip over more and more small business owners, we’re seeing the growing discontent with big business and billionaire shareholders taking profits at the expense of workers who are living in poverty.

It’s true that the structures are starting to be challenged, as people are speaking up for their support of local and, to be honest, I’m excited.

Let’s not forget that is was only a few months ago that Arcadia Group collapsed into administration, as well as the anti-black Friday movement that encouraged people not to buy from Amazon…I mean, is this a sign?

If it is, then let me say this.

The time for a greater spread of equity in a more horizontal format is approaching, as the time for the old vertical top down world is up.

The time is now, people.