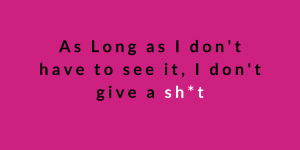 It’s estimated there are around 40 million modern day slaves. 40 million. That’s the entire population of Portugal 4 times over.

If that’s a shock to you, if that’s news, then you’re in for a wake-up call.

It’s highly likely that there are things in your home right now that are the product of slavery.

Could be your clothes. Could be your electricals. Could even be the coffee that you blissfully enjoy every morning.

Our favourite shops and items are propped up by a supply chain of slaves; a supply chain that not only relies on racial and sexual inequality for it to continue, but ensures it.

And we, you, and me, are keeping it going.

Every time we say “wow, that’s cheap”, WE are keeping it going.

As systemic as racism is, slavery is the way in which this system is maintained.

How though? How can this be when slavery is against the law in pretty much every country in the world?

The slave owners don’t “own” their slaves, rather they own businesses and they employ people to work in them. But herein lies the problem, as it’s how these workers are treated whilst they’re under the employment, as the employer gains by underpaying, forcing and oftentimes abusing his/her staff.

I’m sorry, but not knowing does not vindicate them.

Just as we cannot be exempt from not knowing when we buy something that’s really cheap.

The problem is though, we love these things and consume them but don’t question it further.

We need to acknowledge that it can’t have been produced with fair wages and fair conditions for that price, and consciously decide to make the right choices when purchasing.

Fast fashion, mobile phones, chocolate, coffee and diamonds have been repeatedly reported as the worst offenders of slavery, yet we still buy them, and in truth there’s a lot more items that are maintaining slavery.

It’s more than systemic when knowledge doesn’t change behaviours – it’s a willful attitude of I don’t give a shit as long as I don’t have to see it.

Feeling uncomfortable yet? Well, I’m about to bring it even closer to home…

It’s easy to assume that practices like that only go on in third-world-considered countries.

If you think that though, you’re wrong.

Every single county in the UK has cases of child trafficking and slavery.

Just think for a second about the nail bars and car washes that line the streets – what do you notice about the people who work there?

(If you didn’t feel uncomfortable before, then I bet you’re feeling it now)

So, what should we do then, just not buy from them? Won’t that just mean they don’t get paid at all?

All I’m saying is be aware. Be aware that your town is benefitting from modern day slavery as much as my town is.

Don’t be afraid to ask questions. If you suspect ill-treatment, flag it to the authorities.

And taking it back to a broader perspective, we really should consider the supply chain for things we’re buying from abroad. We can’t look at slavery in one country in isolation from other countries as we live within a global economy.

Which brings me back to what I said at the beginning of this post – capitalism is keeping slavery alive – the desire to make more money and profits for shareholders means the need for the cheapest labour will always be necessary.

Just as people are reflecting and acknowledging their role in racism, we also need to reflect and acknowledge our role in slavery in today’s society, then make changes.

If we’re truly building back to something better, it’s about being better not just for those with the buying power and financial resources to make better choices for their futures, but better for everyone.

…and yes, that means that capitalism has to change to a model that cares about the social, economic and environmental impacts.

What do you think?