It’s white people who need to work to end this, not black 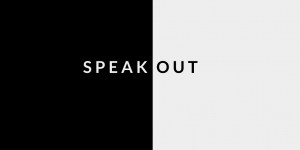 How can white people say they didn’t know? How didn’t they realise they are part of the problem?

Yes, I am, but I’m also incredibly aware.

Having lived in Birmingham for 20+ years, I have an experience that is very different to the majority of white people.

Most white people don’t know any black people. And an even smaller amount have black friends who they regularly talk to and see.

Most white people haven’t got a clue about the type of things black people have to do just to get through a day. So, that’s why I’m speaking out about what I know to be true, so this ignorance can be brought forward and ended.

These adjustments that black parents make are to ensure their children survive – it’s not about giving them an advantage in life; the main issue is survival.

How many white parents have sat their very young children down and educated them about why at nursery the other children are saying you’re too black to play with us?

I remember another child saying to my son: “I don’t want to play with you because you’re brown.” I was horrified, and yes, I did say something, but imagine that multiplied by 1000, and you still don’t come close to what most black people experience day in and day out.

I’m not writing this to sound more knowledgeable, and the fact that my ex-husband is black doesn’t give me any special privilege to talk more freely about this matter than another white person – I’m writing this to show that irrespective of your actual hard knowledge on what systemic racism looks like, if you know something isn’t right, YOU HAVE TO SPEAK UP.

And yes, I know for a fact that some people think speaking up makes them look like they’re “jumping on the band wagon”, or that people will think “she’s only doing that so people think she’s a good person”, and that, in itself is what makes me angry and worried, because thinking like that is EXACTLY the problem, even if you’re not actively being racist.

We learn from our experiences, from the environments we are in, and if, as a white person, you only ever stay in a white bubble, then you’ll never have an awareness of what you are contributing to racism, or what you could do to end racism.

If you live in the suburbs or the English countryside (like I do now, as it’s where I grew up), you don’t have to be clueless about racism. Even in the most white parts of this country, there are black people. There are probably people who regularly post about “foreigners” in your Facebook timeline, and if you stay silent, you’re part of the problem.

Similarly, if they’re posting about ‘all lives matter’, then kindly explain why that’s not relevant!

Of course all lives matter, but that’s not the point here.

It’s time for racism to end. But to do that, don’t put the onus on black people to do the work. White people need to do the work too (and in my opinion, do the majority of the work because they’ve let things be this way for too long). If you don’t know what to do, try walking a mile in a black person’s shoes – learn what it is like, stop telling yourself stories about the Great British empire and colonialism that ignore the terrible impact on black people, get to know the black people in your community and speak out when you see racism happening.

But most of all decide what you stand for and what you stand against. If you’ve got a set of values that you live your life by – make sure you’re applying those values to every area of your life and every other human on this planet.