Are we ready to embrace a new world, or same old same old… 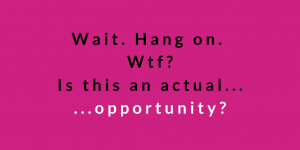 This is for the wise ones. The forward thinkers. The change-makers. The doers. The ones who aren’t consumed by corporate greed and actually see method behind this madness…

Now, you’re going to either really agree with me on this, or despise what I’m suggesting.

If you find yourself in the latter camp, this might just be the article that turns you off me completely (in which case, thanks, it’s been nice), or, if you’re in the former camp, then look out, things are about to get a whole lot more interesting on the Heidi front.

OK, so, let’s look at the situation as it stands.

The world is at a crossroads, and right now, we’re turning left, desperately trying to drive ourselves back to where we came from.

But is it right?

What we’re seeing is politicians do everything they can to cling on to what they had previously.

The economy is being prioritised in most countries, and with huge bailout packages for businesses and individuals (where is this money coming from?), everything is being done to save what we had.

New laws are being passed in record time that remove personal freedoms, human rights and environmental protections – all in the name of saving the economy and society.

But, what if we’re not meant to save what we have?

(I shouldn’t have to say this, but I’m giving no one an opportunity to pull me up: obviously I’m not talking about saving lives here)

I’m talking about what if it’s not right to save the system we had?

This shit show – and shit show it absolutely is – has torn through our lives like nothing we’ve ever seen before, except, of course what our elders went through in the war.

But, what if we’re being given the opportunity to create something different…something not that radical…

Something, perhaps, that resembles a world where businesses operate as social enterprises and put people and the planet first?

Now, call me a fantasist, call me social enterprise mad, heck, call me whatever the “f” you want, but let’s look at the facts here.

If this whole situation hasn’t exposed businesses who are only out for profit and greed, then we’re too blind to see it.

What we’re now seeing is, in this new world, who is clinging on to the sinking Titanic in the news as good businesses and those that are bad.

Take Waitrose and John Lewis: both celebrated for their immediate positive actions.

And on the flipside, Wetherspoons and Sports Direct…I think you know why.

My biggest fear from this crisis is that we go back to business as usual after.

That business models don’t change, and maximising financial returns for shareholders is still the priority.

China is back up to 95% of its pre-cv production levels, and for me there’s a missed opportunity there.

We probably do need an economic recession globally to get us to shift, and that’s what is appearing on the skyline.

However, painful as it is to let go of things, we need to kiss capitalism goodbye right now.

We need to move to a world where people are valued more and wealth is distributed more equally so unlike the current model where your ability to afford healthcare or food determines your likelihood of survival, no life is considered more valuable than another.

Let’s not be the same.

Each of us has the opportunity to make sure that doesn’t happen. Your small action leads to big change.

Is this an opportunity to end Capitalism?